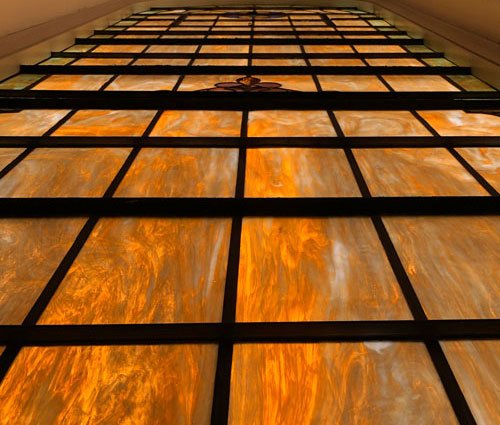 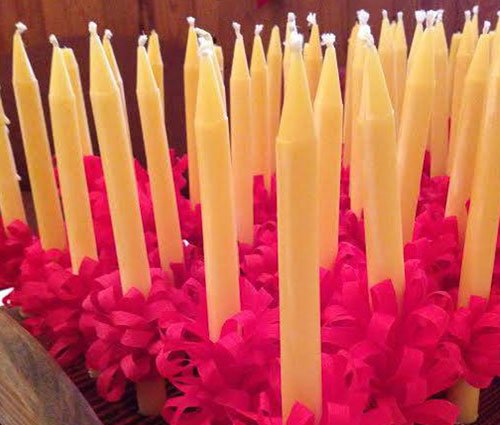 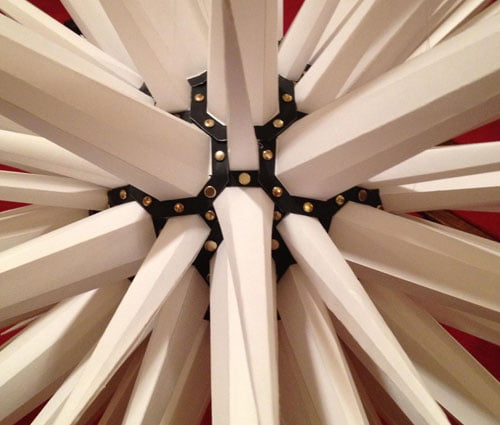 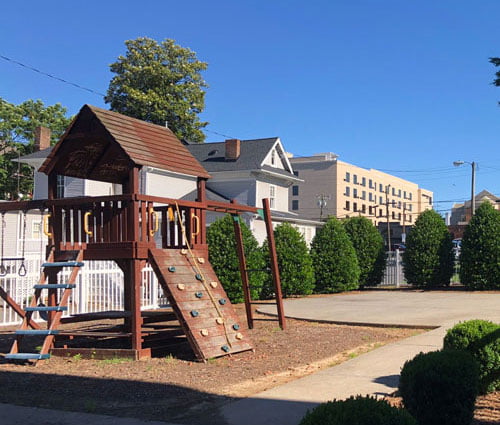 Bring your kids
to play in our safe
downtown playground. 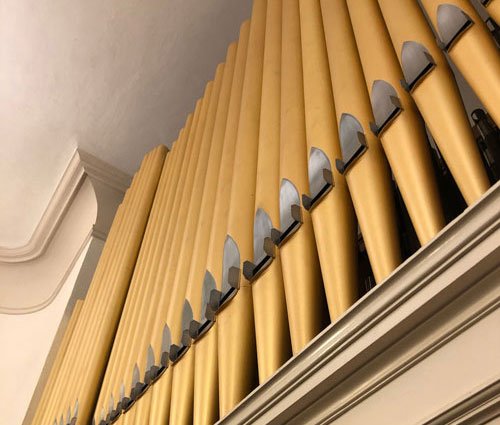 Experience the sight
and sounds of our
Hook & Hastings organ. 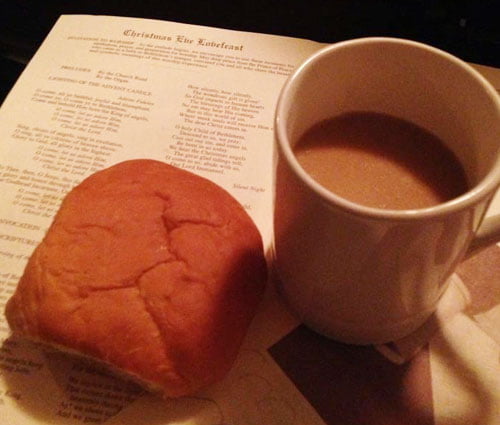 Lovefeast bun and
coffee on Christmas Eve.
Come savor the
moment with us.

Calvary Moravian Church has been serving downtown Winston-Salem since 1893.

We are a faith community of families and individuals who share a common bond of love
for Jesus Christ, a fellowship of family and friends, a desire to serve our community, and
an appreciation for traditions – both old and new – of the Moravian Church.

As a community of faith in the Moravian Church, we invite all into a relationship with God, growing in all ways into Christ, and sharing God’s love with others. Moravians share common beliefs with many Christian churches, and our guiding principle captures the essence of being Moravian, which is:

“In essentials, unity;
in non-essentials, liberty;
and in all things, love.”

According to Moravian teaching, these are the essentials: God’s grace: God creates, God saves, God blesses us; and our response is to follow Him in faith, love, and hope.

Service to others is our passion, and it takes on many forms, whether through one of our structured ministries, or filling a need within our community. Visit our Ministries page to learn more. To learn more about the Moravian Church in North America, click here. 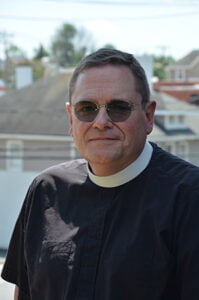 Bishop Sapp has served as the pastor of Calvary since 1996. He graduated from High Point College with a major in religion. He then attended Moravian Theological Seminary in Bethlehem, Pennsylvania, where he received his Master of Divinity degree in 1987. Bishop Sapp was ordained on June 14, 1987 at Clemmons Moravian Church, his home congregation. In 1987, he was called to be organizing pastor of Good Shepherd Moravian Church in Kernersville, NC.

Bishop Sapp has been chosen to serve the Southern province in numerous capacities, including election to two terms on the Provincial Elders Conference, 1995-2002, and 2006-2010. At the Synod of 2002, he was elected a bishop of the Worldwide Moravian Unity and was consecrated at Calvary Moravian Church on July 7, 2002. Bishops in the Moravian Church are elected for life. Their role is spiritual rather than administrative. Bishops ordain and consecrate ministers to the orders of ministry, practice a ministry of intercession for the whole church and are often called upon to provide guidance in matters of doctrine, faith, and practice.

Bishop Sapp is married to the former Lilyann Frances Baker, from Grand Rapids, MI, a registered nurse. They have twin sons, Jonathan and Charles. 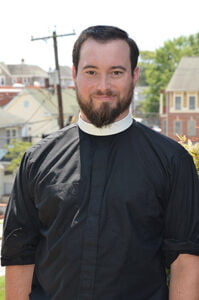 In addition to serving on various Moravian committees, Chaz has served as vice-chairman of the Salem Congregation and was just elected chairman in January 2020, Chaz and his wife, Michaleh, have three children: Christopher, Abby, and Sara. 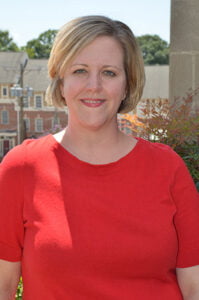 Originally from Kingsport, TN, Amanda completed undergraduate and graduate degrees in Voice Performance and Pedagogy from Westminster Choir College in Princeton, NJ, and a post-graduate degree in Opera Performance as part of the Fletcher Opera Institute from the University of North Carolina School of the Arts. Amanda is also the Director of UNCSA’s SummerVoice Intensive – a program designed to encourage and prepare middle and high school-aged students for a college career in voice.

Amanda has enjoyed working, worshiping, and serving Calvary since 2009. She lives in Winston-Salem with her husband, Scott, and her favorite pup, Baxter.

Mary Lou earned her music degrees at Salem College and the Eastman School of Music, where she studied with Margaret and John Mueller, and Russell Sanders. She has performed numerous recitals in the United States and France, including a recital at St. Thomas Church Fifth Avenue in New York. Her performances have been heard on National Public Radio and on Alabama and North Carolina Public Radio. She was selected by internationally renowned organist Marie-Clair Alain to study privately with her in Paris for two years. During this time, she served as assistant organist/choirmaster for Susan Landale at St. George’s Anglican Church in Paris, as harpsichord accompanist for flute students of Jean-Pierre Rampal, and was nominated for the finals in the Chartres International Organ Competition.

For 20 years, Mary Lou and her husband, Wade, were Professors of Music at Judson College, where they received several awards for teaching excellence. Mary Lou comes from a long line of organists who have served the Bethania Moravian Church, including her great-great-grandfather, Eugene Christian Lehman. As a youth, her father Reverend John H. Kapp pumped the bellows for the 1774 Bulitschek Organ, then housed in Bethania Moravian Church. 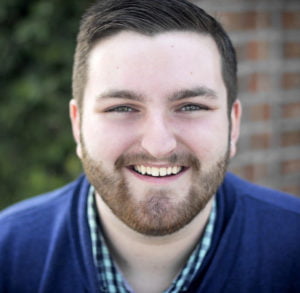 Jacob Patrick grew up in Central Florida and went to school at Florida State University in Tallahassee, FL for vocal performance. For several years after college, he was a full time classical singer, singing with various churches, Palm Beach Opera, and the Princeton Festival. After a hurricane displaced him from his Miami home, he decided to make a change and move to Winston-Salem. He has made his home here for 4 years now, working for Centenary United Methodist Church and the Arts Council Winston-Salem & Forsyth County as well as doing marketing consultation for various small businesses. He lives with his Border Collie, cats, and a rotation of foster animals through local rescues. 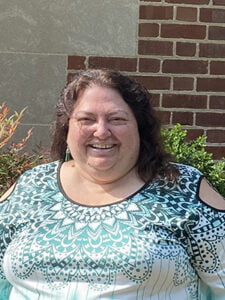 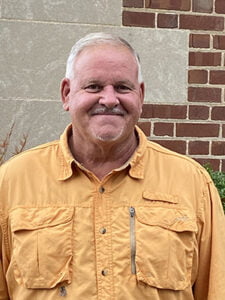 Calvary Moravian Church has been in continuous service since 1889 when the “Calvary Chapel” opened. The church grew so much in the following years that the chapel was razed in 1926, and the sanctuary that stands today at the corner of Holly Avenue and Poplar Street in Winston-Salem. was built to hold 675 worshipers.

Calvary Moravian has long been noted for inspirational and creative worship, an outstanding music program, Sunday School for all ages, a caring fellowship, and varied opportunities of service to the congregation and the local community. In these ways, Calvary has responded to its call to faith in God through Jesus Christ.

Well into our second century of ministry, Calvary and its membership look forward to continuing in service to the Lord in a way that celebrates the past and is open to the leading of God’s Holy Spirit for the future. Our history reveals a deep desire to serve “the present age,” an “age” that is always before us.

The clock tower was added to the church when it was re-built in 1926. This clock, which is still working today, had a previous life atop the original Winston-Salem City Hall that stood where the R.J. Reynolds building is today. Until 1972 when the clock was electrified, this Seth Thomas original was hand-wound every Friday.

Calvary’s bells are another unique feature of our sanctuary. A rope in the attic rings the larger bell manually. It was cast in 1892, and the smaller bell attached to the clock was cast in 1890. 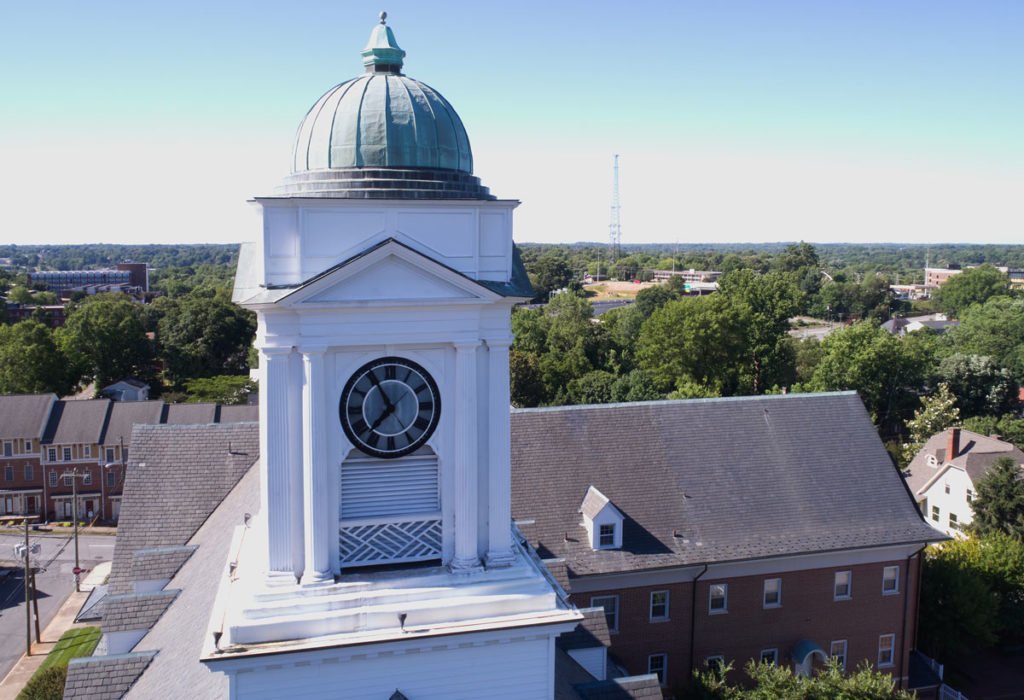 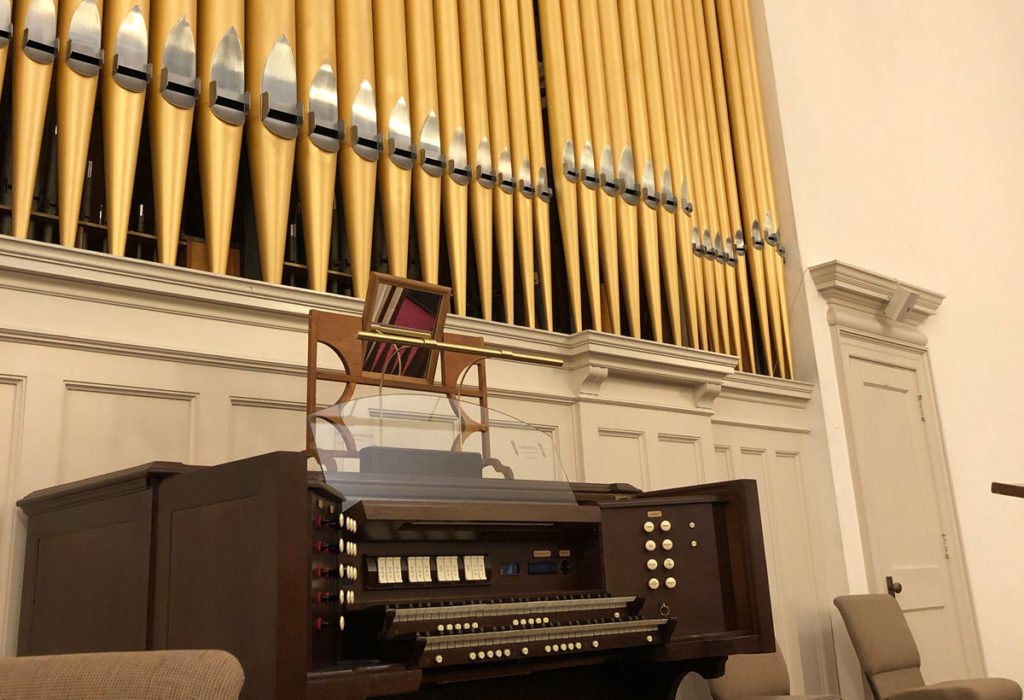 Calvary’s organ was built by the Hook and Hastings Co. of Boston, Massachusetts. The Opus Number 2510 is inscribed in various places inside the organ, including the following: “organ installed March 18, 1926, W.C. Greenwood, J.B. Wilson.”

The organ is the only specimen of its type surviving in this area. It is part of the original equipment of the building and was unaltered until 1983 when it was “conservatively modernized.” The organ was refurbished again in 2019.

In addition to the sanctuary, Calvary Moravian is home to a three-level Christian Education wing that was erected on the west side of the building beginning in 1962. This addition added over 6,000 square feet of classroom and office space on three levels, which is all handicap accessible via an elevator.

The Fellowship Center, located to the rear of the sanctuary, contains a kitchen, bathrooms, meeting space, and pavilion. This center is used both by the church and the community. In recent years Calvary’s youth have used the facility as a meeting room, and Calvary Café events are held here.

We encourage community organizations to contact us about using our available spaces for any number of events. 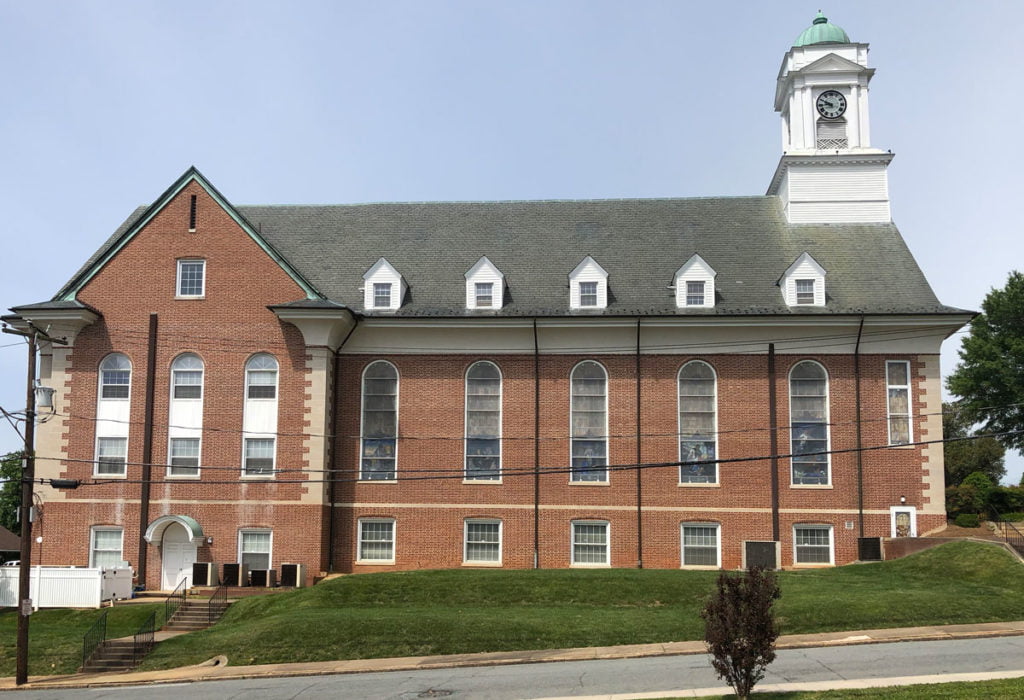 HOW TO JOIN OUR FELLOWSHIP

There are four ways to become a member of our congregation:

Membership in all categories is reviewed and approved by the Board of Elders.

WHO DO I CONTACT IF I WANT TO JOIN?

Our pastors will be glad to discuss this with you. An appointment can be made with the pastors to visit your home or you may make an appointment with one of our pastors at the church. Please click here to call church or call 336-722-3703 and schedule a time to speak with a pastor.

Annually or bi-annually the pastor will hold a series of Inquirer’s classes covering the history, doctrine, and practice of the Moravian Church. These classes usually last from 4-6 weeks and are offered from 9:45-10:45 am on Sunday mornings. Notice will be given as to when these classes are offered each year in the monthly newsletter and the weekly bulletin.